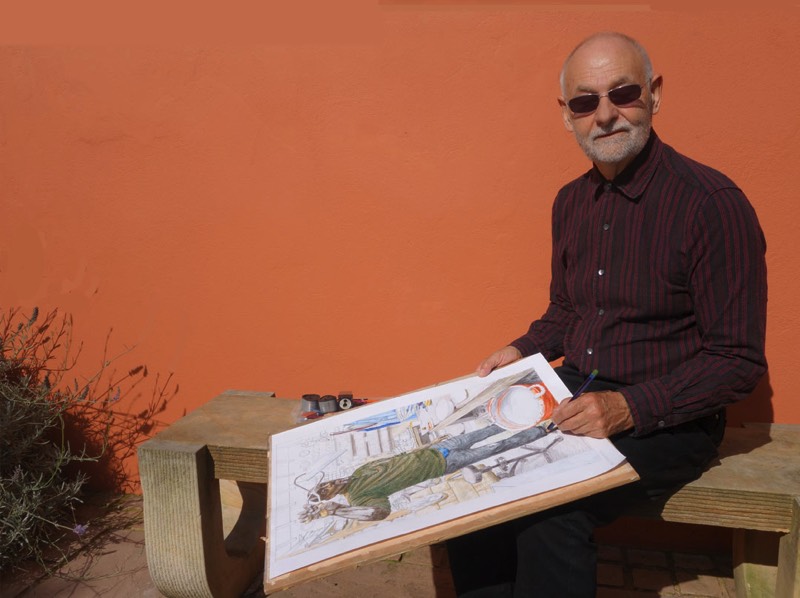 People and their lives are at the heart of my work. Experiences and observations made while on journeys around Europe, India and Japan have inspired many of the paintings. Recently I’ve also started to make portraits of crafts people in action. Some are friends and others I have met and watched at work while travelling. My other great passion is for the sea and sailing. This is revealed in my paintings and drawings of working boats of many kinds which I’ve come across in Britain and further afield.
After studying at Brighton College of Art I worked as an exhibition designer and then pursued a long career as a film and television designer at the BBC, Yorkshire Television, where I was Head of Design, and freelance. I have designed productions as varied as Dr Who and Tomorrow’s World including dozens of dramas and independent films.
My work is in private collections in the UK, France, Spain, Greece, Canada and New Zealand. The paintings and drawings on this website are for sale by contacting the artist using details shown on the Contact page.
2020 © JEREMY BEAR